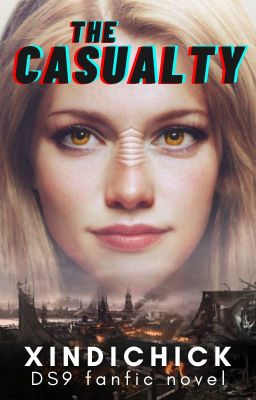 Anotation: Enlisting in the fleet as the secretary to the supreme commander of Cardassia turns out to be more of an adventure than Nyran bargained for.
As a Bajoran, snatched from her parents as just a baby, she grew up among "the enemy". Being raised by a loving family she gained a unique perspective towards her captors. Pursuing her dream of a military career she graduated from an academy to be immediately hired by the most powerful man in the empire - Gul Dukat. His motives for choosing her became clear soon: his taste for Bajoran women was infamous. When things start to get out of hand, Nyran discovers a true friend among the otherwise wary colleagues.
The empire is slowly withering under the Dominion reign and a war is brewing throughout two quadrants. A group of former enemies may be the only people that will help Cardassia get through the conflict - but there are bound to be heavy casualties along the way. Nyran's family and friends are in harm's way and she must do whatever it takes to protect her home - realizing every step of the way just how much she loves it.